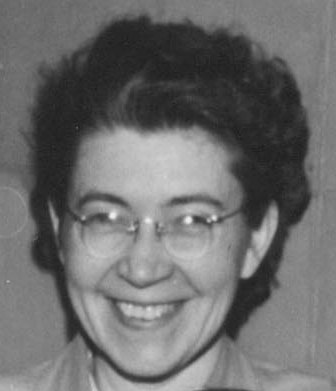 In the early days of the St. F.X. Extension Department she volunteered her free time organizing study clubs and credit unions in the New Glasgow, Trenton, Westville, and Thorburn areas of Pictou County. In 1936 she became officially employed as a fieldworker with the Extension Department. For four years she worked in the newly opened Glace Bay office and library with Alex S. MacIntyre. Here she worked with study clubs, buying clubs, housing groups, credit unions, consumer cooperatives, and wrote educational literature for distribution by the Extension Department. She also helped to organize small community libraries in the industrial Cape Breton region. She left full time Extension work in 1940 to marry John H. Delaney, who was an international board member of the United Mine Workers of America, District #26. She then began traveling throughout the Maritime Provinces for Extension teaching short courses with topics such as coop principles, consumer education, and study club techniques. She spent two years at the Sydney Extension office and served three terms on the board of directors of the NS Cooperative Union and was also a board member of the Cooperative Union of Canada (1957-1963). During this time and after she spoke at annual meetings, conventions, conferences, including forty meetings on consumer education in four western provinces, she began writing for The Maritime Cooperator c. 1950 and wrote for it for approximately twenty-five years. As a journalist she won several international journalistic awards. In 1979, St. F.X. awarded her an honorary doctorate of laws, honoris causa. By Their Own Hands: A Fieldworker’s Account of the Antigonish Movement was published in 1985. It chronicled her experiences traveling across the Maritimes undertaking Extension work. Ida Gallant Delaney died August 5, 1997 in Glace Bay, NS.