The National Day of Remembrance and Action on Violence against Women is December 6, in memory of the 14 women who were murdered at l’École Polytechnique de Montréal on this day in 1989. This year’s mass shootings that claimed 22 lives in Nova Scotia will also be recognized as violence with misogynistic roots. 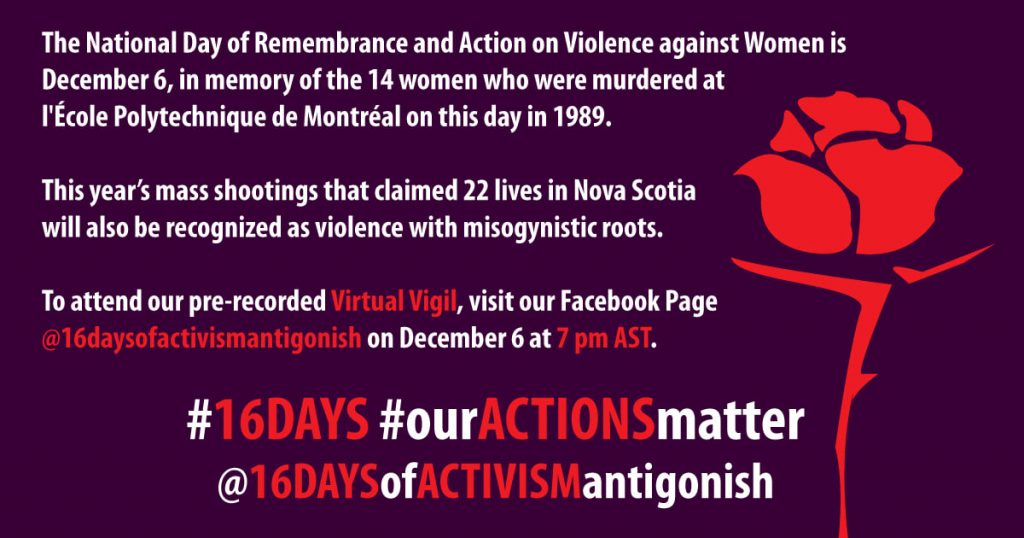