The COVID-19 outbreak coincided with three critical situations in Cameroon: an ongoing internal war, the rumoured death of the president, and a questionable reconstruction program for homeless war victims whereas the military and armed groups are still fighting. The ongoing political instability and violent conflict from 2014 (Boko Haram), 2016 (Anglophone crisis) and 2018 (controversial elections struggles) resulted in mass killings, the burning down of over 200 villages, thousands of internally displaced persons living across the country or in the bush, and thousands of other refugees in Nigeria and other countries across the globe.

Having faced six consecutive years of intense political crises and now adding a health crisis, I am concerned about Cameroon’s emergency management strategy.

The strained relationship between President Biya and citizens

The rumoured death of the president and citizens’ demands for a public statement and leadership from President Biya caused government reactions sent via text message: warnings to all citizens about the penal code sanctions for spreading false information and indicating the arrest of three persons. Alongside this, the self-acclaimed president from the past controversial elections, Professor Maurice Kamto, issued a seven-day (on March 27) ultimatum for the president to show up or he would assume responsibility to initiate the national strategy for responding to the COVID-19 pandemic. Instead, on March 30th, President Biya set up a Special National Solidarity Fund to fight COVID-19 where he and other high-profile Cameroonians have made donations. Also, on the 1st of April, the president ratified (17 years after adoption) the AU Convention on Preventing and Combatting Corruption [1]. At the end of Kamto’s ultimatum, and two days after the presidential decree, Kamto launched the “Survival Cameroon” project [2]. After 35 days of public absenteeism, and one day after Kamto had called on the National Assembly of Cameroon to declare a power vacuum, president Biya showed up, receiving the French Ambassador at his residence and publicising his meeting [3].

Meanwhile, on March 17, the Prime Minister had announced the government’s measures amidst WHO recommendations, including a semi-lockdown of public spaces, a complete lockdown of schools, and curfews for markets, off-licenses, nightclubs and other public places [4]. The Minister of Public Health provides daily updates on the COVID-19 situation on his Facebook page. Although innovative and providing a degree of transparency from the government unlike any seen before the pandemic, public accountability, transparency and participation remain challenged by various other issues. The management of the COVID-19 fund is unknown to the public. The International Labour Day and National Day celebrations have been suspended, preserving a huge amount of government expenditures, but this amount has not been disclosed, nor has any account been given about the use of this budget. The value in cash or other donations from Jack Ma to Cameroon has not been disclosed.

Government agencies, civil society organisations and international organisations have increasingly sensitised the public on COVID-19 preventive and curative measures to adopt and are providing medical and non-medical supplies to vulnerable communities. Cameroonians are keen on reading, responding and spreading the Minister of Public Health’s daily updates using various social media platforms. This increases public consciousness and engagement in hygienic practices and protection from health-related problems.

On the other hand, the public’s distrust of government, due to corruption and embezzlement, manifests itself as various civil society groups set up independent alternate response programs where citizens can contribute rather than through the government scheme.

The COVID-19 curfew measures do not represent a new phenomenon for Cameroonians living in English-speaking regions, as for the past three years, residents there have spent about one hundred days each year in shutdown. This said, efforts have been made in an Anglophone town, Bamenda to disinfect the streets.

The technological improvements achieved in dealing with the COVID-19 pandemic can be used to establish an e-emergency management system with an effective communication and feedback mechanism where government, leaders, and their constituents can directly contribute in preparing to prevent and respond to emerging challenges – whether they are health-related or war-related crises.

The creation of opportunity for skills development and technological advancement

E-learning has been fostered and free browsing offered for educational websites to pupils and students. National Television also offers teaching lessons. Churches and other social groups have adopted live streaming of events through social media platforms.

Internet banking has been reinforced, as banks provide more e-services and many people now carry out online business transactions. Many people have sought alternative jobs for security purposes, including joining “network marketing,” – a mostly home-based model of pyramid-scheme marketing that relies on person-to-person sales by independent representatives. Many professionals now offer remote services. Also, ministers, organisations, businesses, and the general public now use Zoom for meetings and training.

This reflection process is a timely opportunity for me to discuss further the state of governance in Cameroon as this May my article, “The Tussle with Constitutionalism and the Rule of Law: the case of Cameroon”, focused on democratic governance, will be published. I am learning to adopt more politically correct statements in my analysis and managing my emotions and bias towards public issues. For instance, on April 30, the eve of the International Labour Day, the government uplifted the ban on curfew hours on pop-houses, bars, nightclubs, off-licences, and markets – including social distancing measures. This to me, is like strategically silencing citizens with a few pleasures so that they raise fewer grievances towards public actions. On the other hand, with more than 953 recoveries out of 2,104 COVID-19 cases (as of May 6, 2020), and given increasing precautionary practices by the public, it might be fair for the government to uplift the ban and allow citizens to live normal lives, especially for families whose livelihoods depend on scant daily incomes.

Having faced six consecutive years of intense political crises and now adding a health crisis, I am concerned about Cameroon’s emergency management strategy. Will the government’s strategy help eradicate the COVID-19 virus? In case it succeeds, will measures be taken to prepare for future health-related outbreaks? How different or similar is COVID-19 management from the management of the Reconstruction Program set up by the government amidst fighting and killing in the English-speaking regions? Will the success of COVID-19 management imply that the reconstruction program will succeed amidst the fighting?

There is a great need for the development of a more intensive, broad-based, integrative, people-centered, bottom-up and multi-stakeholder process of emergency management in Cameroon. Also, the technological improvements achieved in dealing with the COVID-19 pandemic can be used to establish an e-emergency management system with an effective communication and feedback mechanism where government, leaders, and their constituents can directly contribute in preparing to prevent and respond to emerging challenges – whether they are health-related or war-related crises. This way, a variety of populations can own and lead complementary micro and macro emergency management schemes in all 360 communities in Cameroon. 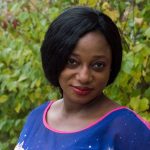 Patience Agwenjang is a consultant in the areas of law, governance, and development. She has a Bachelor of Laws (LLB) in English Private Law from University of Yaounde II, and a Master’s of Law (LLM) in Development and Globalisation from SAOS University of London. She holds several certificates and a Diploma in Development Leadership from Coady International Institute.

[2] Cameroon Rennaisane Movement. (2020). “Statement by the President-Elect Maurice KAMTO of April 3, 2020 on the failure of Mr. Paul BIYA, President de facto of the Republic of Cameroon”, https://www.mrcparty.org/?q=en/statement-president-elect-maurice-kamto-april-3-2020-failure-mr-paul-biya-president-de-facto-republi