Generally, in Ethiopia the side effects of COVID-19 have been more serious than the health-related challenges caused by the virus itself. This encompasses political, economic, socio-cultural, and psycho-social harms as well as legal disruptions caused by the virus.

COVID-19 arrived at a delicate time in Ethiopia, disrupting the ongoing political reform process as the country was preparing itself to hold historic elections in August 2020 after more than five years of political and economic turmoil. In this respect, it has already compromised the roles of governance, policy, and state accountability mechanisms and has become a source of conflict, used as a political tool. Emergency decrees announced by the government have also been seen as suspicious, since some argue the government is using the pandemic for political oppression and as a mechanism to extend election schedules.

Secondly, the virus has put additional burden on existing social and economic challenges in the country. Ethiopia is the second most populous country in Africa, with youth representing 60% of the population and a median age of 19.5 years. Youth unemployment is also high (the urban unemployment rate is above 20+ %) and their livelihoods mostly rely on subsistence work in the informal sector. Thus, the state of emergency, followed by a lockdown, has deprived youth from their daily earnings, especially in urban areas where virus transmission is high. Moreover, livelihood supply chains are cut off and youth, children, and families have become vulnerable to hunger and health-related challenges.

These economic challenges have started to seed chaos, joblessness, organized robberies in many places (two weeks back I was victim) and other anti-social activities. This pattern of damage is similar for other vulnerable groups in the country. More importantly, national trade is in sharp decline and the economy is highly damaged by hard currency shortage. Ethiopian Airlines, one of the biggest airlines in Africa and a main source of hard currency for the national economy, has almost halted all flights and is struggling to manage the internal financial crisis. As result of this, market prices are very high and basic goods like food, medicines, fertilizers, home supplies, and personal protective equipment (PPE) are extremely scarce and expensive.

In most urban areas, I have observed increases in the numbers of people begging on the street as a result of the lockdown, including by people with well-kept appearances, families, and immigrants. This causes psycho-social effects including inferiority complexes, hopelessness, frustration, and loss of self-respect, dignity, and self-confidence. Also, living conditions, including housing, are highly conducive for viral transmission. Physical distancing is difficult for large families required to live 24/7 in small houses or in single rooms, and crowded intergenerational households often lack supplies like clean water and toilets.

For many decades, the four marginalized regional states of Ethiopia (commonly called ‘Emerging Regions or Areas’) have been underserved, vulnerable to socio-economic challenges, and are homes to socially-marginalized communities. These regions and minority groups have been highly affected by pandemic-related measures, as they were already facing negative economic, education and health conditions and are more vulnerable to risks and impacts on livelihoods. Likewise, several high-risk groups have been disproportionately affected by the virus and other health issues, including street children, commercial sex workers, people living with HIV/AIDS, children and girls at living in high-risk areas, and street laborers. In most cases, these high risk and minority groups have not been given proper attention by the government, despite needing special economic and social support.

Community awareness of measures and behaviors to promote health, as well as economic and social risks related to the virus, has been low in most places with people less concerned about protecting of themselves.

In response to the above, our organization, Love in Action Ethiopia (LIAE) has changed the very nature of our work and are covering organizational assignments from home, while some ongoing projects still require staff to attend offices periodically. Thus, as in all places in the country, staff who are on duty do not have all the protective equipment they require on hand.

For the first time, to address COVID-19, LIAE has planned five areas of intervention and allocated budgets from its reserve funds and from a few donors. These include:

In doing so, LIAE continues paying salaries and benefits to all staff, even though most donors are putting funds on hold. The organization has also paid holiday allowances to its staff since market prices of basic items have risen because of COVID-19.

Through these interventions, in the short term LIAE plans to provide financial, food, and material support to over 100 street children in Addis Ababa and another 200 people from high-risk groups (street children, commercial sex workers, children) in Southern State. We have also provided PPE in Gambella, one of the emerging regions, and plan to scale up additional supports. LIAE reached more than 250,000 people through our awareness-raising campaigns across project sites. As a result, people are observed safely lined-up to wash their hands in public spaces and willing to use the PPE provided. Community members are also willing to work as volunteers to combat the viruses.

Besides the actions taken to strengthen government-led task forces, we have established and empowered Community-Based COVID-19 Task Forces (CTF) in all our project sites. The program is also supported by the existing 1,200 volunteers (Community Resource Persons, or CRPs) working at the grassroots level. These volunteers, in collaboration with the local CTF, have marked bus/taxi stations with ink to maintain physical distancing among bus users. Likewise, CTFs have agreed with Idirs (informal social networks for organization of funeral ceremony) to properly implement all protection protocols, including reducing the number of funeral ceremony participants. Also, individuals and businesses have provided financial and material supports to targeted high-risk groups and have made free hand-washing material available in all their workplaces. We have worked with FM radio stations on the COVID-19 campaign. Staff continue to voluntarily assist in planning and field activities, though it is not obligatory for them to do so. 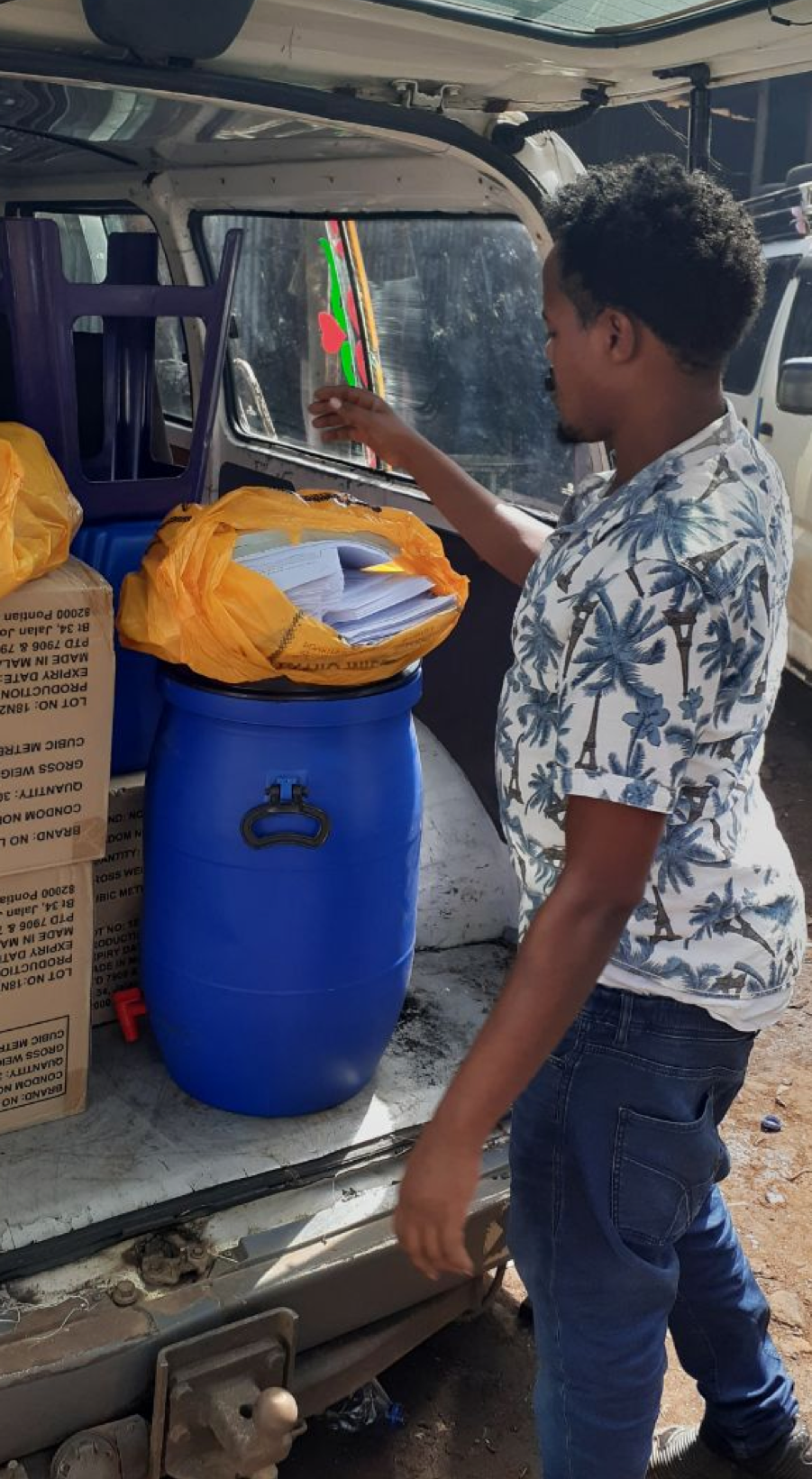 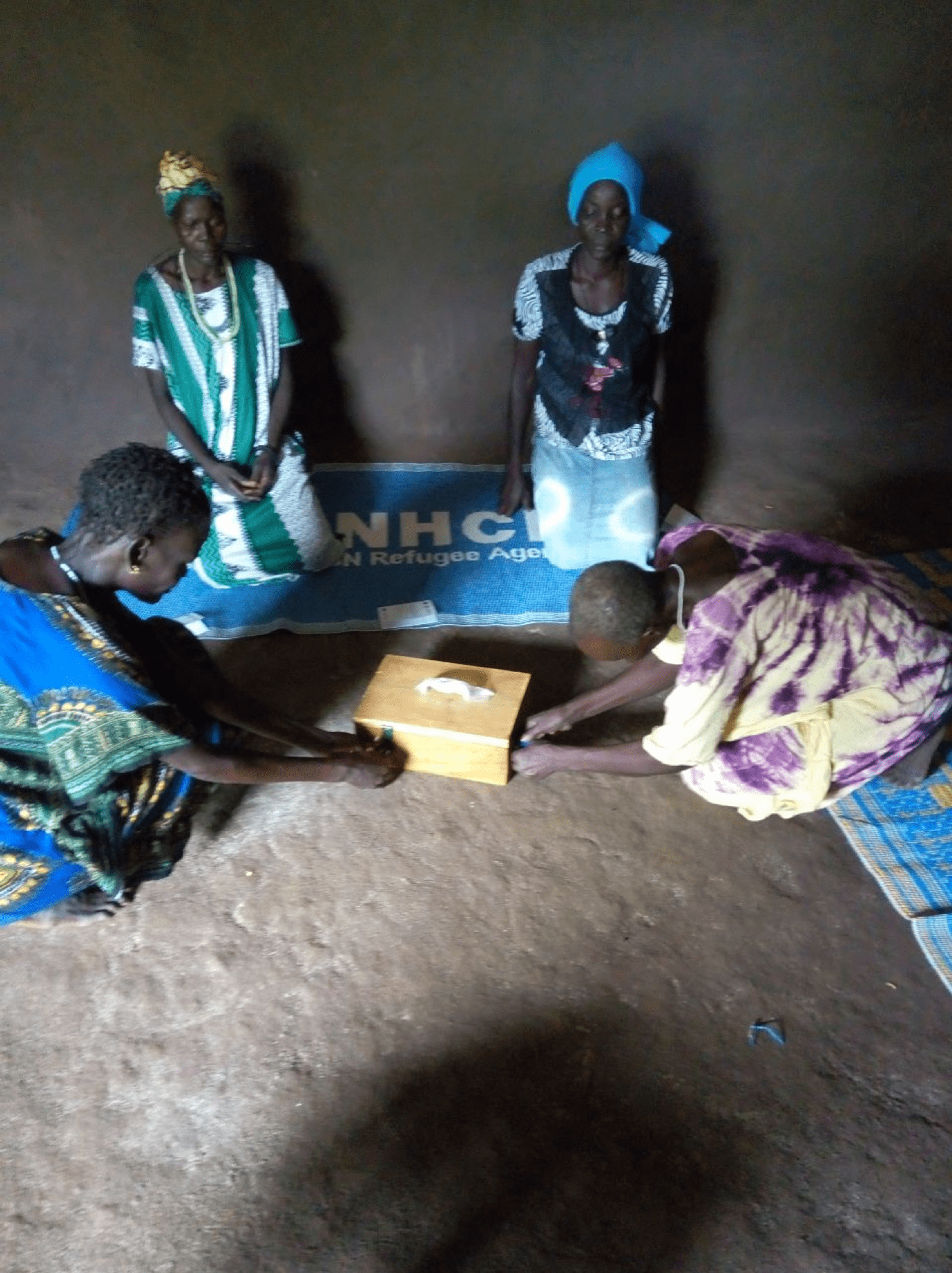 Covid-19 presents emergent and all-around negative impacts to the community we serve. Thus, it is my vision and lifetime motivation to support the needs of communities and to find solutions to community challenges. I am also motivated by the industrious efforts made by various governments or states including mine. Likewise, as good citizens, my organization and I are also responsible for protecting the safety of the community and respecting laws and appeals made by the Ethiopian government and other international institutions.

From this COVID-19 intervention process, I have also learned that NGOs like mine, in their scale of capacity, should have made timely or early preparations to effectively anticipate and respond to outbreaks, which have significant risks or impacts in the lives of the community we target. It was a wake-up call for us for future actions. Likewise, we also learned that existing project operations, community networks, and well-built relationships were being used as a strong platform and bridge to tackle challenges presented by the virus. In our project areas, I also see that government leadership, faith-based organizations, and community actors are working hand-in-hand unlike in previous times. Even, ‘hard-to-reach’ politicians are closely assisting the community needs and providing the disease-specific information in synergized manners, which I am optimistic will be sustained after the crisis. In our project areas, some institutions participating in this specific effort have stated making ad-hoc discussions and dialogues to revisit their strategies for outbreak responses in regards to governance, accountability and citizen participation. I also observed that all the strategies we designed or reviewed in collaboration with stakeholders have brought successful results even though the scale of the negative impact is far behind progress needed to effectively save lives and address the economic dramas unfolding from the virus.

Aklilu Gebremichael is the executive director of Love in Action Ethiopia (LIAE). He holds a BSc. Applied Science in Physics from Addis Ababa University of Ethiopia, and a Master’s degree in Economics from Inderagande Open University. He is a graduate of the certificate in Partnerships and Multi-Stakeholder Relationships at Coady International Institute.