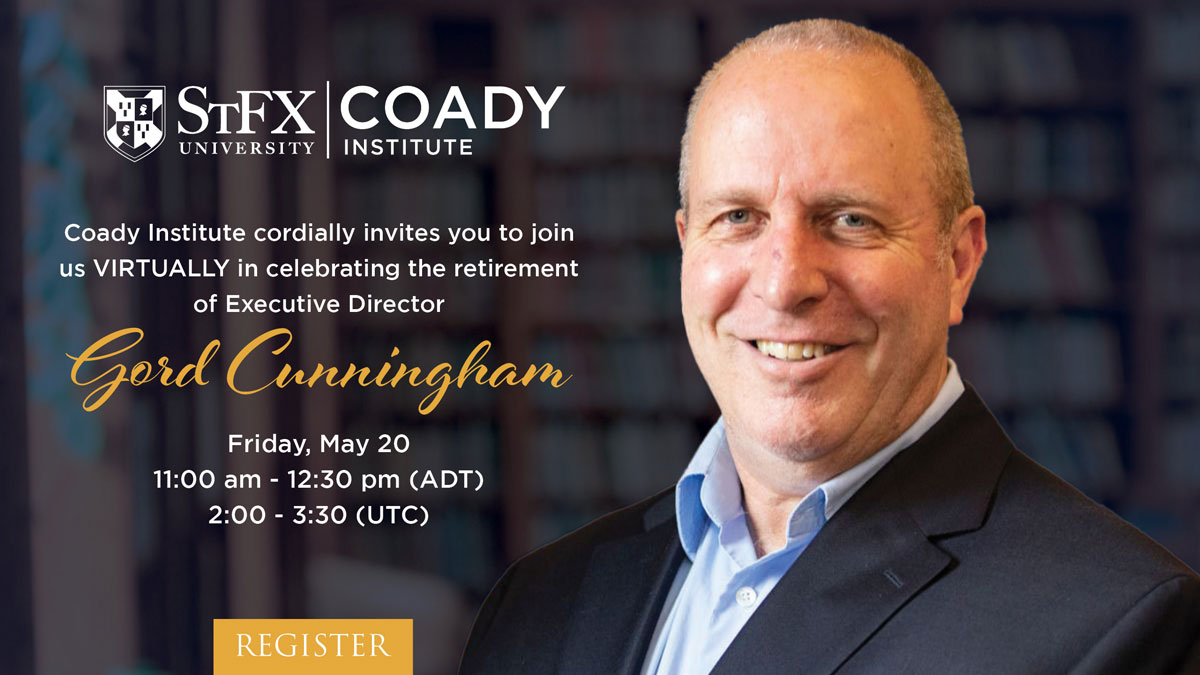 Coady Institute cordially invites you to join us VIRTUALLY in celebrating the retirement of Executive Director Gord Cunningham.

Register for this event here

Click here to submit your written comments or short video (2 minutes or less) by May 11.

Gord came to the Institute in 1997 as a Microfinance Specialist. Throughout his 25 years at Coady Institute, he served many roles including Program Teaching Staff, Assistant Director (including Director of Innovation), Interim Director on two occasions, and as Executive Director for the last three years.

After several years working with longtime Coady partner, the Self Employed Women’s Association (SEWA) in India, Gord and colleagues Alison Mathie, Brianne Peters, and Yogesh Ghore have worked to build the Institute’s Asset-based and Citizen-led Development (ABCD) thematic area. During his time at Coady, Gord worked in more than 20 countries.

He taught dozens of courses on campus and off, co-edited a book, wrote and co-authored several book chapters and articles for peer-reviewed journals, and worked on a number of long-term action-research projects in Eastern and Southern Africa.