There has been growing interest in social enterprise as a vehicle to create social change, while addressing the age-old question of sustainability of non-profit organizations. In celebration of 100 years of the Antigonish Movement and 90 years of StFX Extension Department as well as the upcoming 60th anniversary of Coady International Institute in 2019, there can be no better time to introduce the Kay Thompson Desjardins Award for Social Entrepreneurship sponsored by Coady and presented by the Antigonish Chamber of Commerce.

Canadian Association for Community Living (CACL) – Antigonish’s Food Service Group was the inaugural winner of the award. Following an introduction by Anthony Scoggins, Director of Education Programs at Coady, Diploma in Development Leadership participant Caroline Nyakeri and Chamber President Dan Fougere presented the plaque to CACL Board Chair Miriam Gillis. Four other Coady participants, all with their own connections to social enterprise, attended the awards dinner held Oct. 17 as part of Small Business Week Activities.

In 1931, a young Kay Thompson received an urgent request from Rev. Dr. Moses Coady to leave her job in New York City and return to Nova Scotia to assist him and A.B. MacDonald as they organized the new StFX Extension Department.

The recent graduate of Mount Saint Bernard College, Antigonish, and the Nova Scotia Teachers College, Truro, Thompson was a dedicated social reformer, proficient journalist and skillful organizer. She was an excellent choice as an aide to Moses Coady. Besides acting as support for the dynamic director, she supplied the growing number of study clubs in eastern Nova Scotia with study material, much of which she wrote or adapted.

Moses Coady correctly concluded that hiring Thompson was the, “smartest move I ever made.” Not only did Kay Thompson bring writing talent to Extension, her mediation skills also helped two strong-willed personalities – Coady and MacDonald – resolve differences and work collaboratively. This talented writer, lecturer, and editor, together with several other women, provided the organizational and literary skills that helped to propel the Antigonish Movement to success.

The Social Entrepreneurship award highlights the important role social enterprise plays not only in the Antigonish community but also throughout northeastern Nova Scotia and elsewhere in the world. As the next 100 years of the Antigonish movement begins, Coady and StFX Extension are continuing to work closely together in a world where local and global are one. Issues participants face, whether they are from Africa, South America, Latin America, South East Asia, are very often the same or similar to what workers in Antigonish, or rural Nova Scotia, face.

In this light, Coady will launch Social Enterprise for Inclusive Local Economies, a new course that will be comprised of participants from both international and Canadian backgrounds for co-learning purposes, next spring. 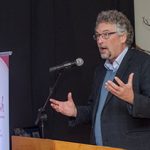 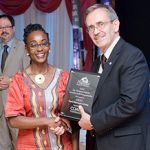 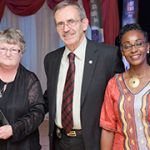 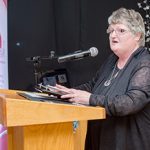 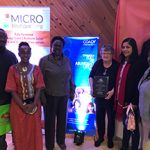 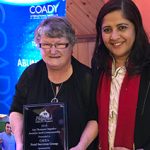 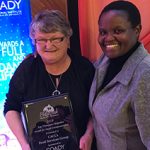