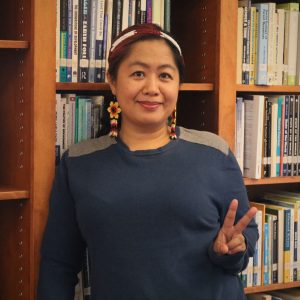 “It’s an enriching experience to be back at Coady,” Shirley says.

From the Ifugao province in the Philippines, Shirley belongs to the Ifugao Indigenous group particularly Ayangan and Kalanguya. She uses her experience and skills as a communications professional to amplify Indigenous voices through writing, photography, video, and social media.

Rosa Marina is from Juchitán, Mexico, an Indigenous town in the state of Oaxaca. As an activist, she works toward the empowerment of Indigenous peoples, with a focus on women’s rights, land rights, agrarian rights, and environmental education.

In the early part of their fellowships, Rosa Marina and Shirley were welcomed into the classroom for Coady’s Indigenous Women in Community Leadership (IWCL) program for First Nations, Métis, and Inuit women in Canada. Following the program, they participated in the IWCL Alumni Gathering that welcomed approximately 100 Indigenous women leaders back to campus for an opportunity to come together, forge connections, collaborate, and amplify their impact.

“It’s really different because last year with the Global Change Leaders, the topics were more global,” Rosa Marina says. “Now, to have the opportunity to know all these women from different parts of the Indigenous communities in Canada, it’s totally different because it’s easy for us to share their experience and to feel their struggles.” 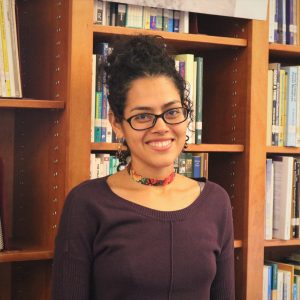 Both fellows were surprised to learn about the similarities in the plights of Indigenous peoples, particularly women, in their respective communities to those in the Canadian context in areas including land and territory rights, climate change, erasure of culture, increasing violence and injustice for Indigenous victims of violence.

“It was almost like listening to the same things that I listen to at home but in English,” Rosa Marina says.

“The narrative that I had was broken in thinking that Indigenous peoples [in Canada] had a better life – better housing, better source of water, better access to roads, to social services – then realizing that it’s kind of the same in the Philippines,” Shirley says.

Shirley combats erasure of culture through an organization she created called Hagiyo that provides opportunities for Indigenous youth to become champions of their own culture through education, empowerment, and community engagement.

Reflecting on her experience with the Indigenous women in Canada she says, “What gives me hope is how they are trying in their own ways to pass Indigenous knowledge to younger generations.”

Rosa Marina was moved by the amount of pride that she witnessed.

“For us in Mexico, and in Latin America in general, the people are always trying to not look Indigenous so nobody knows that you’re Indigenous,” she says.

“To come here and to listen to the Indigenous people speak their language, and wear their ribbon skirts, and use their earrings, and say so proudly, ‘we are Indigenous’ – that’s the most amazing thing I learned here.”