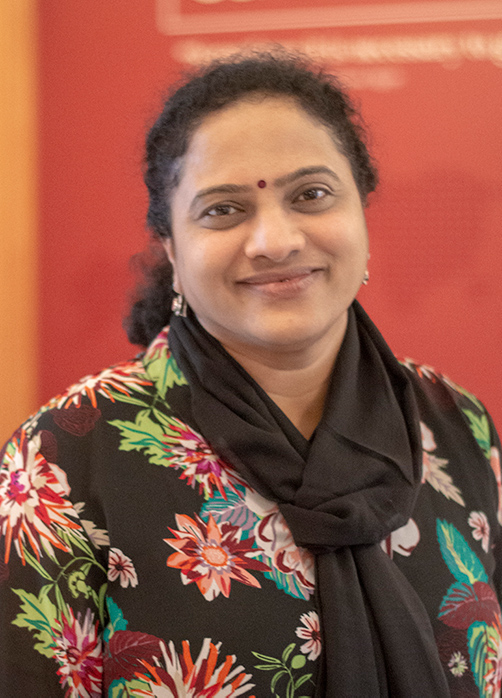 “I’ve seen many cases of child sexual abuse and how they’re re-victimized in the legal process,” says Mamatha, “so, I try my best as a lawyer to help those victims.”

Mamatha has filed 126 public interest litigations as a pro-bono lawyer to help women and children who are in need, and was instrumental in bringing new legislation and policies to tackle the issue of child marriage in India.

“In 2012, India brought a new enactment of protection of child rights from sexual offences,” Mamatha explains, “although the law is new and hundreds of thousands of cases are now being filed under that, still very few penalizations are happening.”

Through girls clubs she has mentored more than 13,000 adolescent girls in rural villages in Telangana State and helped them avoid child marriage, labour, and trafficking.

“They are the first generation going to schools and colleges. I am able to mentor them because I know and understand the discrimination they face both at home and outside. I am able to equip them to be strong, and urge them to be leaders.”

Mamatha co-founded Network of International Legal Activists (NILA) to help the non-residential Indian women who are facing marital and labour problems in other countries.

Now, Mamatha has conceptualized an integrated support centre called “Bharosa” – translated as “the faith” – to help child abuse and rape victims access justice without being re-victimized during the legal process.

As part of the Coady Women’s Research Fellowship, Mamatha is now working to research, develop, plan, and implement her new initiative.

Mamatha recently hosted a webinar titled, “Addressing Child Sexual Abuse in India”, as part of the new Coady Webinar Series. You can view it on Coady’s YouTube Channel.

As part of International Development Week (Feb 3-9, 2019), and every day, we thank Mamatha and all who work “together for gender equality”.