As a 2005 graduate of Coady International Institute, Idah Nambeya has fond memories of her time at StFX, especially the Homecoming celebrations. At that year’s Coffee with Coady event, Nambeya received the Katherine Fleming International Development Award while studying in the Institute’s Diploma in Development Leadership program. 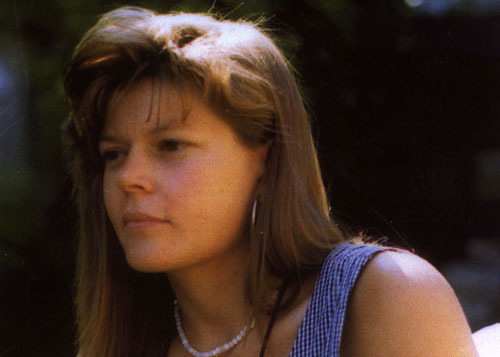 “I feel honored for that and will forever appreciate Coady,” Nambeya now says. ”The award made it possible for me to have an opportunity and gain the knowledge I gained.” Katherine (Katie) Fleming ’85 died at her home in Tanzania in May 1999 at the age of 35. Fleming dedicated her life’s work to overcoming child poverty in Africa. At the time of her death, Fleming worked for the United Nations Children’s Fund where she was committed to human rights and defense of those rights on behalf of children everywhere. Fleming’s family and StFX classmates established the award, which grants a bursary each year to a deserving woman leader from Africa to attend a program at Coady.

Dave Bernatchez ’85 and Kevin McGilly ’86 were among those who reached out to Fleming’s family to ask about organizing a memorial tribute.

“It was felt that this would be one of the best ways to continue the work to which Katie had dedicated her life, assisting women and children in Africa overcome poverty and injustice,” Bernatchez says. Fleming’s commitment and passion toward economic empowerment of women and children began while she was at StFX. Bernatchez says she was a natural leader willing to take on serious issues and was involved in the University Senate and Student’s Union. 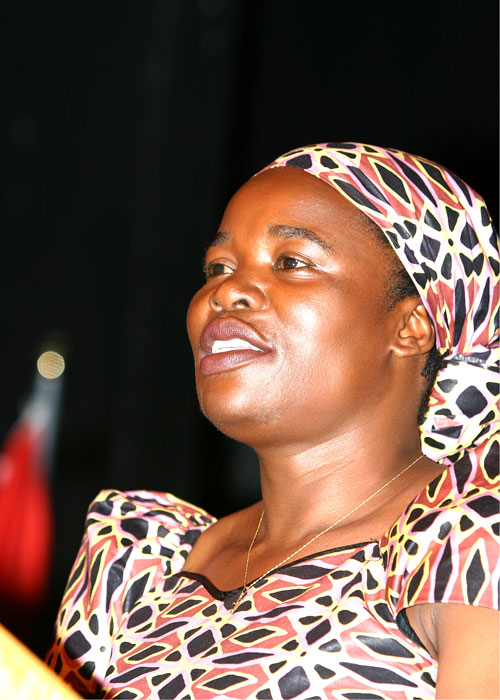 “Katie was very knowledgeable about social justice and global issues and took it up herself to make others aware, and encourage action to address them,” he says. “These were part of her studies, but also came from the mentorship of Father [Edo] Gatto and other professors at the university. For myself, and others, it was Katie who did the most to make us aware of the contributions and achievements of Fathers Moses Coady and Jimmy Tompkins, and the great things that were happening at Coady.” McGilly wrote a tribute to Fleming in the Fall 1999 edition of the StFX Alumni News. He described how Coady and the Antigonish Movement were her inspiration. As a Rhodes Scholar, she continued her studies in economic development. Later she went to work as an assistant to Stephen Lewis, who was serving as Canada’s Ambassador to the United Nations, before joining UNICEF.

“Katie was happiest when working directly on the problems of underdevelopment in Africa,” McGilly wrote. “She developed a strong interest and expertise in education as a development issue. She sought to focus attention on the need to expand educational opportunities for girls in developing countries.”

Twenty years later, the bursary has supported 19 African women who like Fleming have a passion for social justice and are leaders in their own communities. Women like Nambeya who first helped establish a network of HIV/AIDS clinics in Zambia and now works with The Stephen Lewis Foundation supporting grassroots organizations in different countries that try to address the challenges in communities caused by HIV/AIDS.

“Coady is a place that brings the world together,” Nambeya says. “People from different countries who are champions of different development projects or organizations come together not only to learn but to share and exchange knowledge which enhances the learning.” 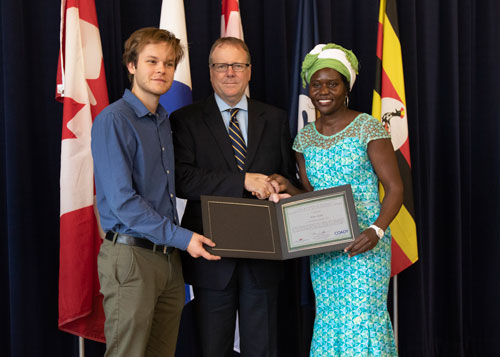 Bernatchez says those involved in establishing the award, and helping it to grow as the costs of education increase, wanted to ensure that Fleming’s life story, “her qualities, character, her deeds and achievements, continue to inspire young people at StFX, at Coady, and beyond.”

“Each [recipient] has been an exceptional person, doing great things for their communities and the causes they have championed. Hearing their stories, and what the award means to them, inspires us, and gives us some satisfaction that our efforts to honour Katie by enabling others, has been achieved.”

Coady International Institute will celebrate the 20th anniversary of the Katie Fleming Award during Homecoming 2019 festivities. To learn more, or to contribute to the Katherine Fleming International Development Award, email lodonnel@stfx.ca or call 902-867-5264. If you are a former Katherine Fleming Award recipient, please contact blazzuri@stfx.ca to let us know what you are doing now.