Women’s empowerment is closely linked to improved quality of life, not only for women but for all societies around the globe. Too many women remain unable to participate as decision makers in the development of their societies; they must fully realize their human rights and achieve access to and control over the resources and benefits of development. We are committed in our support to women leaders. They are best placed to know the challenges and opportunities they and their communities face.

Meeting and responding effectively to the challenges of this century depends on the commitment and ability of societies around the globe to empower the world’s women. It is widely known and understood that women’s empowerment is closely linked to improving the overall quality of life not only for women but for all people. Yet, women continue to be under-represented in decision-making positions in the social, economic and political arenas. A commitment to women’s empowerment not only means enabling women to advance in such arenas, but also building their capacity to fully and effectively participate as leaders, thereby ensuring their influence in all aspects of development and their elevation in societies worldwide.

The Coady Institute has been building leadership capacities through its programming since 1959, with an increasing focus on the particular needs of women as they take on greater roles and responsibilities. In recognition of its firm commitment to and strategic focus on advancing women’s social, political and economic empowerment, the Coady Institute launched the International Centre for Women’s Leadership in 2011. The Centre is a unique focal point for dedicated and quality education, partnership and network building and action-oriented research on women’s leadership and empowerment.

Now entering its eighth year, the Centre is managing five women’s leadership programs benefitting women in Canada and abroad, with other programs under development. These programs operate both from the Coady Institute facilities in Canada as well as in developing countries. Program staff members are also engaged in a range of research initiatives, including a study of Aboriginal women entrepreneurs in Atlantic Canada, learning facilitation on the role and impact of collectives on women’s livelihoods in South Asia, Middle East and Africa, and gender and conflict in Sub-Saharan Africa.

Inquiries about the International Centre for Women’s Leadership and its programs may be sent by email to womenlead@stfx.ca. 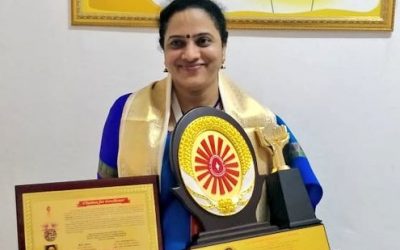 Dr. Mamatha Achanta is a women’s and children’s rights activist, pro-bono lawyer, and founder of Tharuni – a non-government organization working for the welfare of adolescent girls and women.

END_OF_DOCUMENT_TOKEN_TO_BE_REPLACED 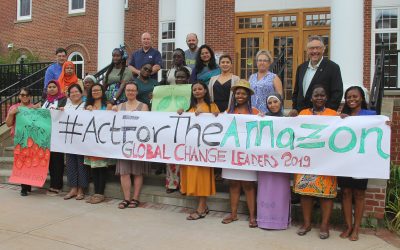 PUBLIC STATEMENT from the 2019 Global Change Leaders participants We, women from 19 different countries, participants and members of the work team...

END_OF_DOCUMENT_TOKEN_TO_BE_REPLACED 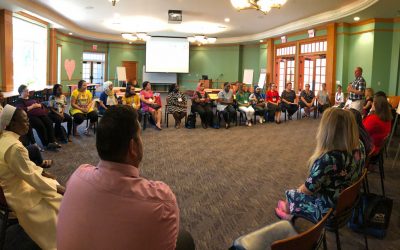 Eighteen women leaders from around the globe have arrived in Antigonish, Nova Scotia, Canada for a seven-week intensive women’s leadership program at Coady International Institute’s International Centre for Women’s Leadership.

The International Centre for Women’s Leadership offers a range of education programs for emerging and established women leaders who are seeking enhanced leadership capacities and a life-changing experience. Like all Coady International Institute’s education programs, they are highly participatory courses designed to deepen the understanding and effectiveness of leaders, and to contribute to the formation of a support network for each participant.

The Indigenous Women in Community Leadership program is a fully-funded education program assisting First Nations, Métis or Inuit women in Canada to create change in their respective communities. The program includes five weeks of on-site educational programming, mentoring support by established community leaders, a three month community placement, and project development and delivery. Participants are chosen from a competitive call for applications. The call for applications for the 2019 IWCL program is now closed.

The Global Change Leaders program is an opportunity for women from developing countries and indigenous communities to deepen their leadership capacities through a contextually relevant and in-depth seven-week residency program. Mentorship, peer exchange and global networking are all built into its design. This program is open to those who have demonstrated leadership in a development sector and community for at least five years. Participants are chosen from a competitive call for applications. The call for applications for the 2020 GCL program is now open. Apply now.

This certificate is a unique women-only opportunity to open the minds and hearts of women working in development to ‘be the change’ they want to see in their community or organization. Some partial scholarships are awarded based on availability and need. This annual program is open to all women who are interested in developing as a leader. The call for applications for the 2019 program is now closed.