Join the Nova Scotia Federation of Labour, StFX Extension, and Coady Institute for a webinar focused on Workers’ Rights and Sick Days in Nova Scotia. This event is funded by the Topshee Memorial Fund. 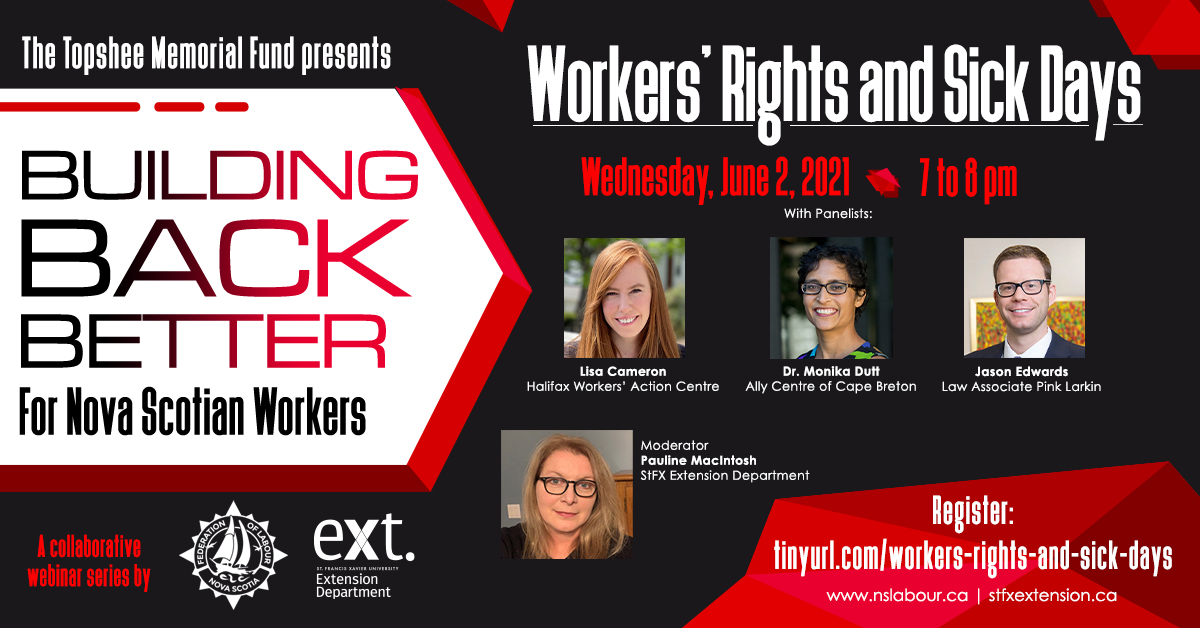 After one-too-many bad bosses, Lisa Cameron became both a labour activist and organizer in Halifax/K’jipuktuk.  She is an active member of the Halifax Workers’ Action Centre and writes for several publications on labour issues and the need for improvements to workplace legislation.

Monika Dutt works as a public health physician in Newfoundland & Labrador and Nova Scotia, and is a family physician at the Ally Centre of Cape Breton. She is the past Chair and Board member of Canadian Doctors for Medicare and a member of the Decent Work and Health Network. She lives in Sydney with her son.

Jason is a Halifax/K’jipuktuk lawyer practicing in the areas of labour, employment, human rights, and administrative law. He primarily represents employees and unions, but also represents some employers, mostly not-for-profits and small businesses. Jason has performed research on labour standards and the regulation of law-wage and precarious work.

An experienced adult educator and facilitator, Pauline is passionate about working with groups engaged in strategic thinking and planning, asset-based community development, education and capacity building, and leadership for learning and change.