Women Leaders Pledge to Make Change across the Globe

From supporting women’s reproductive health in Zimbabwe and empowering youth through art therapy in Indonesia, to increasing women’s participation in news media in Togo and developing women leaders in the conflict-affected region of Gaza Strip. The 2019 Global Change Leaders are prepared to create positive social change in their communities.

Eighteen women leaders from 18 different countries recently graduated from Coady’s Global Change Leaders program where women from developing countries have an opportunity to strengthen their leadership capacities to contribute to innovation and change in their organizations and communities.

In the final component of the seven-week intensive certificate, each program participant presented a five-year action plan on how she will implement her new knowledge, skills, and tools into her future work.

Each program participant began with a short history of her own working context.

“I’ll begin by taking you through my journey six years ago,” Sr. Revai Elizabeth Mudzimu began. “I was arriving back from the village. As I was approaching the mission, I was so saddened to see a woman lying in a pool of blood. She told me that she had been brutally beaten up by her husband for refusing to have sex.

“As if that was not enough,” she added, “she had tried to visit the mother that lived close by and the mother turned her back to the husband.”

Elizabeth is the women’s development coordinator for the Chinhoyi Diocese Pastoral and Development Centre in Zimbabwe.

Through her program participation, Elizabeth identified a gap in her organization’s programming – they rely too heavily on donor funding that is controlled by the church. In her leadership action plan, she detailed a new social enterprise aimed to supplement sexual and reproductive health supports for women through a herbal clinic.

“I will use the ABCD (asset-based, citizen-led, development) tool that we learned from Coady,” Elizabeth explained. “We already have a Sister who is trained in herbal medicine. I’m going to use this Sister to train all of the women [in the new social enterprise] in the use of herbal medicines.”

This, Elizabeth said, would help support those who cannot afford care through the healthcare system, and create enterprising and economic opportunities outside of, but with support from, the church.

Developing women leaders in the conflict-affected region of Gaza Strip

Najlaa Khaled Alzaanin is a project coordinator with MA’AN Development Center in Palestine. Living and working in the Palestinian territory of Gaza Strip, she used a video to help contextualize her working and living conditions.

Najlaa explained that although her organization currently offers training programs, they do not have programming that caters specifically to women, though women make up the largest percentage of the area’s unemployed population.

Najlaa’s leadership action plan featured a centre for women’s leadership that would utilize a three-phase approach. The centre would offer training programs for future women leaders in areas of finance and entrepreneurship; design women-centered programs alongside the women who have completed the training; and connect the newly trained women, equipped with their program plans, to supporting organizations who can support them in sustainably implementing the new initiatives.

“One of the major challenges in my experience is that [projects] just improve the women’s situation for a specific period of time,” Najlaa explained. “It doesn’t have sustainability.”

One component of sustainability includes the care of those who work tirelessly in difficult circumstances to ensure their own health and ability to work toward positive change is not compromised. When addressing the topic of self-care, Najlaa reflected with quiet optimism,

As a Mental Health and Psychosocial Services programme officer for the International Organization for Migration (IOM) in Indonesia, Fransisca worked for many years away from her hometown, supporting refugee services. When she returned to her hometown, she was surprised to find that many of the youth in the area were still struggling with access to education and finishing school.

“Thirty-three per cent of students drop out of junior high and high school,” she explained. “The number of women dropouts is larger than the number of men.”

She said child labour, early marriage, pregnancy, and low motivation are all factors to consider.

“Girls have smaller access to education because they have more domestic responsibilities than boys,” she explained. “Parents prioritize the boys to go to school rather than the girls because they think boys will be the wage earner for the family so it is their right to go to school.”

In supporting girls to complete their schooling, Fransisca says it is about more than just access.

“We live in a patriarchal society with [patriarchal] culture and norms,” she added. “Some girl students who come into the school feel unsafe because they have experienced abuse that they never talk about.”

“Since I was a child, I loved media. Listening to the radio, reading the newspaper, and watching the news anchors on TV. My dream came true. Today, I am a journalist in my country,” she said proudly. “But the situation for women in media is problematic.”

Djatougbe highlighted example after example of national boards, councils, and media associations predominately comprised of men – with a range of 12 to 14 per cent of these leadership positions in the media industry occupied by women.

“In media, we talk about the rights of all the people,” she explained, “but ourselves – no one talk about us.”

Djatougbe detailed a plan for a social enterprise for women in media in Togo that would promote gender equality, increase women’s participation in decision-making, and create a platform to raise women’s stories and voices.

“Who can tell the stories of women?” she proposed. “Women journalists.”

These graduates and their classmates are leaving Coady equipped with plans to implement social change initiatives in their communities around the globe. We look forward to the world they are helping to create. 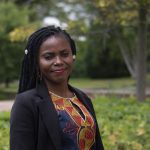 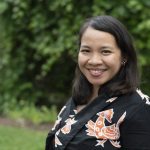 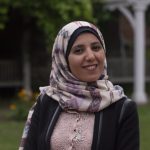 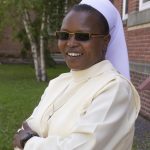 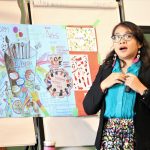