Community-Building with the 2021-22 Pathy Fellows

Thirteen young leaders from across Canada recently completed capacity-building and planning components of the Pathy Foundation Fellowship, and are now in the midst of a nine-month journey implementing their planned initiatives alongside their respective community partners.

The Fellowship is an intensive 12-month opportunity for graduating students from five partner universities – Bishop’s University, McGill University, University of Ottawa, Queen’s University, and St. Francis Xavier University – who have an existing meaningful connection with a community anywhere in the world and an innovative initiative idea to strengthen that community.

The Community Phase is when Fellows work in and with their identified communities. During this phase, Fellows receive ongoing support and distance learning from Coady, as well as regular sessions with the Fellows’ personal development and leadership coach. 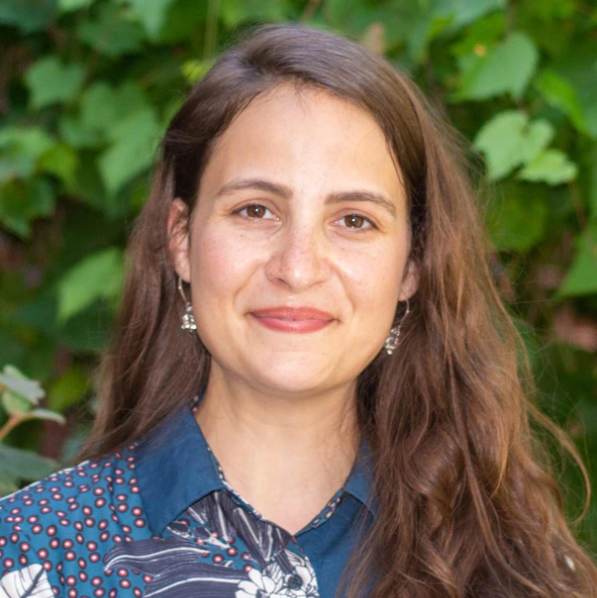 I really enjoy the siblinghood amongst the other Fellows. Taking insight and giving insight to others make the ball roll and we get more creative that way.

After building a meaningful connection with the Waban-Aki community during her studies at McGill University, members of the community approached Dominique Robichaud with the idea of building a community archive.

“The community wishes that people outside of the community will not go to big, large institutions, but will come to the community itself to acquire information or knowledge to further their research,” Dominique explains.

“The same would go for the people of the community, or upcoming generations, who will be able to come and learn from their ancestors.”

The Grand Conseil de la Nation Waban-Aki is a Tribal Council composed of the Abenaki bands of Odanak and Wôlinak. The communities are located east of Montreal, along the south side of the St. Lawrence River.

Although equipped with a Master’s Degree in Information Science, Dominique says that designing and implementing a community-based system differs significantly from the institutional processes she has studied.

“The way that we organize archives in big institutions requires a lot of codes, and that’s because they have thousands and thousands of different collections – so they can easily distinguish them,” she explains.

“Now, if you think about it, the Waban-Aki people will have one. The collection’s going to be the knowledge center. So already, there’s no use to having this highly sophisticated code system that doesn’t mean anything.”

Dominique has encouraged the community to develop their own taxonomies – titles and groupings of similar categories that aid in organizing the archive’s contents.

“What are the kinds of words that you will group together? What are the synonyms in case somebody looks for this word and we will send them to this [other] word? We want to walk away from the very colonialist way of dividing language, so I’m not the one who’s doing this.”

The initiative has already sparked interest from outside communities and institutions. Dartmouth College reached out to share a collection about the Waban-Aki people, and to offer technical support through an open-source software established by Indigenous designers.

Dominique says the community is working out the terms in which they will choose to accept and/or lend archive material. They are also working to digitize existing records, and to develop a sustainability plan that may include hiring full-time staff for the centre.

Much of what is being collected already exists within the community, and Dominique says the Asset-based Community Development (ABCD) workshops from the Fellowship have been particularly valuable in contextualizing this work.

“People in the community don’t know what their neighbor has in their basement, so the ABCD really applies here; the assets are what the community has [and we want to] bring it to light,” she explains

“We’re not trying to fill a gap. There is no gap. The content is there. We just don’t know that it exists.”

The collection is continuing to grow.

“We have family photographs. We have Christmas cards. Band council election processes – for example who won, and the speeches that were given in 1922. We have correspondence between community members and the parish. We have the historical process of creating their own flag. Mostly historical documents, some images, and some audio.

“The audio is very important because the evident key language is the only language out of the nine First Nations in Quebec that is no longer spoken fluently, or conversationally.” 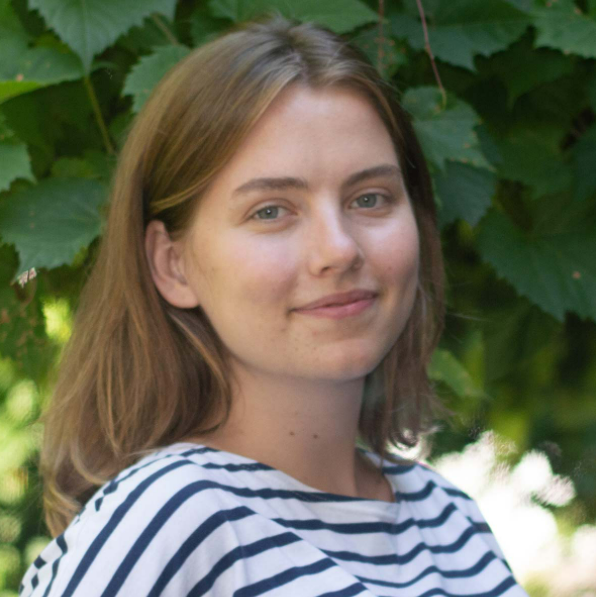 I thought, ‘If I’m doing this work anyway, how cool would it be to have this support – like an institution, and funding, and a network.’ So I decided to apply.

Open Door: From the Inside Out

Michaela Drouillard is a graduate of McGill University and a dedicated volunteer for Communitas Montreal – an organization that works toward the successful reintegration of those who have spent time in prison.

The organization’s two main programs are Circles of Support and Accountability (COSA) and Open Door.

“People coming out of prison are set up with a group of volunteer community members who meet every week as a support group, and studies have shown that it really does put a dent in rates of recidivism.

“It’s also much cheaper for taxpayers than prison.”

“Open Door is a place for community members to hangout, watch presentations, socialize, and basically just provide an informal support group for people who are reintegrating. Before the pandemic, volunteer drivers would also escort people in from local prisons.”

Throughout her Fellowship, Michaela has been working alongside Communitas Montreal volunteers, and those they serve, to document oral histories from within the community. The result is a book released in conjunction with the Open Door program’s 20th anniversary, titled Open Door: From the Inside Out.

“Over the summer we interviewed over 150 people,” Michaela explains.

“It was cool getting to experience people talking about something that matters to them and observing the ways that they talk about it.”

Michaela hopes the book and the testimonies within it have an impact on readers’ views of the justice system and helps humanize those who have experienced incarceration.

“You would hope that anyone that reads [the book] gets interested [in this subject], and then next election round maybe they decide not to vote for the party that wants to go tougher on crime.” 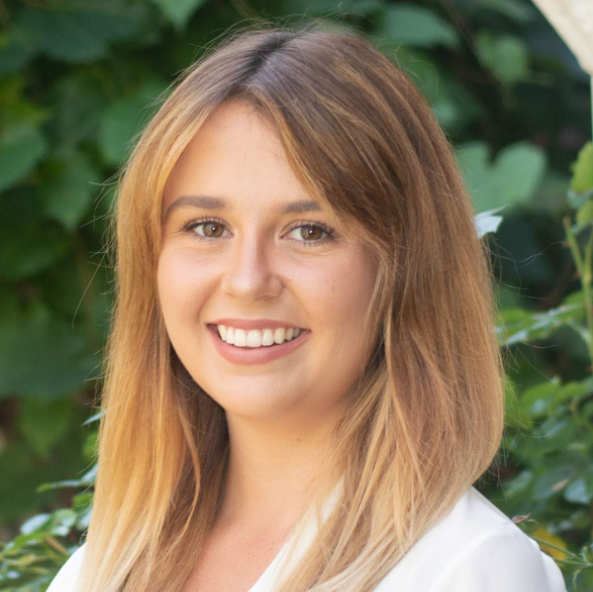 I think that’s something really special.

Courtney Murdoch attended Laurentian Regional High School in her youth, and after completing a Bachelor of Education at McGill University, she returned to her alma mater for her Pathy Foundation Fellowship initiative, Girl Talk.

“The goal is really to help girls in rural and low-income areas develop the skills and confidence that they need to pursue lives that are enriching and fulfilling and everything that they want their adult life to be,” Courtney explains.

Courtney meets regularly with a core group of approximately eight girls aged 13 and 14, though she says many others have taken to dropping in for informal support outside of the group’s core activities.

“We’re working on confidence, leadership skills, developing different, more practical life skills, depending on the needs and interests of the group,” she explains. “For example, right now we’re working on networking, writing CVs, building on public speaking skills – all with the goal of setting them up for whatever post-secondary goals they want to pursue.”

“I am working on the incorporation process to be able to make this project sustainable here at this school first – to be able to secure the funding that they need to carry it forward – but then also hopefully to start to scale it up across some other schools over the coming years.”

When it comes to defining success for this initiative, Courtney says it is first and foremost about the success of each individual student member.

“My definition of success has evolved over time, and I’ve realized there’s success at an individual level for each of my participants, which is that they come away feeling a little bit more equipped to take on the rest of high school, the next steps of their lives, getting a job, applying to school, even just feeling more confident, more outspoken, more self-assured –  that would be a huge victory for every single one of them,” she explains.

“I think there is also success in having an impact on the school community to be more female-friendly, and supportive of their female students’ space. They are excellent at that in a lot of ways, but all schools can benefit from taking on a more female-friendly culture and just keeping that front of mind.

“In terms of sustainability, success is really going to be completing this incorporation process so that it can keep this program running here and then scalability. We’ll continue to build on success over the next few years, as I teach in different locations, as I find other teachers who want to take this on.”

The 13 Fellows of the 2021-22 cohort will complete the community phase in May, at which time they will return to Coady Institute for a final debrief where they will evaluate personal and professional growth, outcomes from the community phase, next steps, and complete visioning of possibilities in their journey as change-makers.

To learn more about the Pathy Foundation Fellowship, visit pathyfellowship.com

For more on the 2021-2022 Pathy Fellowship cohort and their community initiatives, visit: